Successful People and their Emails

There's an article on Huffingtonpost about how successful people use emails.
Good Advice.  And it's something you can do, too.  Click on the link for the whole article.


1. People don't need as much background information as you think they do. It might seem essential to you, but it actually seems superfluous to the email recipient. They'd rather you get to the information and request more quickly, and then they can ask you to fill in any holes in their knowledge later.
2. Don't waste your subject line. In many email services, including Gmail, just the subject line and first line or two is visible in the recipient's inbox. Why make the subject "Hi" when it could be "Dinner on Thursday?" Give the recipient an idea of what the email contains and a good reason to click on it.
3. Just because your email is short, that doesn't mean it has to be rude."No matter how short your emails, there is a way to inject a friendly, cheery note, and don't forget to do that. Short doesn't mean that it's okay to go around barking orders," Schwalbe says.
I'd like to add a note about that subject line.
Some years ago, a group invited me to talk to young writers in Illinois. I waited and waited for the final bit of information that I needed before I could purchase my airline ticket.  Finally, I emailed them back, repeating my request.  They insisted they had sent it -- with the subject heading of YOU.  At that time my email system only showed the subject line and did not add the first sentence. It looked like SPAM, so I had deleted it without reading it.
Use that Subject Line to let the person know what is in the email. You want them to read your email, not delete it without reading.

Diversity -- from the Native American viewpoint

As per some discussions on Facebook, at Vermont College of Fine Arts, and on several internet listserves, here are some thoughts on diversity in books and other media from the Native American viewpoint from ex VCFA advisor and best selling winning author, Cynthia Leitich Smith, has these thoughts on diversity from the Native American viewpoint on her blog, Cynsations.

How many of you remember watching The Lone Ranger on TV in glorious black and white?
(raising hand)
Posted by WendieO at 6:20 PM No comments:

And it's something I've been doing instinctively.  (and have been getting criticized for it.)

Check out the blog, Still Eating Oranges, and discover this other art form where she (he?) talks about The significance of plot without conflict --  Creating a satisfactory ending without the need for a quasi-gladiatorial victory.
It is a valid style of storytelling.
Now, how to I convince editors of this?

In other news, I think I'm going to attempt to attend an Intensive in LA featuring Martha Alderson, The Plot Whisperer, to help the plot in my work-in-progress move along.
The Intensive sounds wonderful.
The over 2-hour drive there and back does not.

Posted by WendieO at 5:54 PM No comments:

Have to give a speech?

Well,
help is on the way.
Paul Edwards had written these hints about giving a talk/ speech/ lecture.
He calls it How to give an Academic Talk, but the rules are the same for anytime you have to stand up and talk to a large group.

Oh, and I want to add -- relax and have fun.  If you do, the audience will enjoy it more, and so will you.
Posted by WendieO at 2:44 PM No comments: 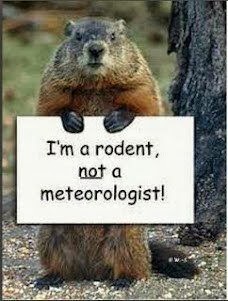 Did you watch the news from Pennsylvania today?
What did the groundhog, Punxsutawney Phil, predict?
Will spring be early?  Or Late?
If you missed it, check out these news stories and find out.

Do you ever wonder how accurate his prediction is? 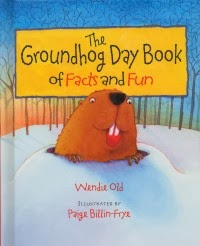 Did you know there are other "official' Groundhogs who also make predictions?
My book, The Groundhog Day Book of Facts and Fun, lists them all.

Hmm, I wonder what Phil has to say about the Superbowl, which is also happening today?
Posted by WendieO at 10:57 AM No comments: