Is the earth closer to the sun during our hot summers?

While I was writing my Groundhog Day book, I had a discussion with my editor about whether or not  the northern hemisphere where we live was furthest from the sun during wintertime.  Winters are cold, so it seemed logical. 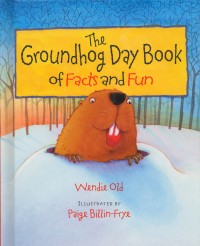 So I contacted a NASA flight controller friend of mine, whose books for children are more scientific than mine about this.  She did a little research and discovered that the northern hemisphere is actually the furthest from the sun during earth's elliptical orbit during our summers. It's the poor southern hemisphere that is closer to the sun during their summertime.  (our winters)

It's dangerous to walk into Whole Foods. One of the routes I walk to get my mile a day is to walk around a shopping center, going in and out of some of the stores to 'window shop.' I actually had a small list for Whole Foods. Small. What I was searching for was some sage to burn in my house.
Passed the veggies. No, won't get any tomatoes today because I'll be getting them at the Farmer's market this weekend. Couldn't even see what was being offered at the serve your own lunch/dinner aisles because of the crowds. I was good about saying 'no' to everything, until I saw that they had dark chocolate covered orange slices. I love covered orange rinds, so yes, I had to try these.
I finally did find the sage and only had four other things in my cart.
I suppose being tempted by only 4 things is a success story.
Posted by WendieO at 6:06 PM No comments:

Labels: resisting temptation, shopping, where is the sage, Whole Foods

The First Amendment of our Constitution Protects --

The growing of a Reader

I was a reader at an early age.
In first grade, while everyone else was taking turns reading a page from Dick and Jane, I read ahead and finished the book. Unfortunately, the teacher would call on me to read a page right when I was much further on and, not having paid attention to what the last person had read, I couldn't find what i should read. Which made the teacher think I couldn't read at all.
When we finally completed that book (and maybe another Dick and Jane book) the teacher told us we could take home ANY book in her glass front bookcase to read at home. So I choose Black Beauty! She tried to talk me out of it, but I persisted (it had a horse on the cover) and managed to read it. It took a few months and I kept asking my parents what this or that word was, but I read it.
I'm stubborn like that.
In second grade, I kept checking the Wizard of Oz series out from the public library. It was a small room staffed by volunteers. One of them refused to let me check any more OZ copies out of the library -- because they were Fourth grade books and I was depriving some fourth grader of being able to read those books.
I was furious.
So I became a children's librarian for over 40 years and never, ever told a child they couldn't take out certain books.
Posted by WendieO at 2:11 PM No comments:

Thoughts on a beach walk

Walking on the beach at Fletchers Cove. Low tide. Saw what looked like pebbles at the water’s edge. Going closer discovered they were thousands and thousands of tiny clams.
On my right are 200 foot cliffs with houses and apartments at the top. Passing one part of the cliff that has collapsed, spewing onto the beach.
Wondering how it would be to live there, not knowing just when the house/ apartment will be undercut and slide down the cliff.
Posted by WendieO at 3:34 PM No comments: