Looking at why Newbery Award books are great 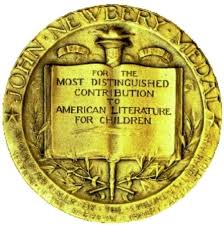 Editor Patricia Lee Gauch has penned an interesting Horn Book article examining those book who have won Newbery Awards and Honors trying to discover why these books were considered the most distinguished children's books of the year.  (actually the award is given the year after publication, so you can bet if a book won the 2016 Newbery award, it was published in 2015.
And no, I never want to be on that committee - they have to read and re-read and discuss and re-read and discuss and sometimes are still discussing and voting on them into the wee hours of the day that they have to call the winners. And they have to make these calls before the 8 am announcement session at the Winter American Library Association.
See, the thing is, I need my sleep.

However, she concludes that it's the Character. The character that sticks in your mind and makes us think about the book even after we have closed the covers.
"Not just a character who carries the weight of story, but a character original in voice, in spirit, in ideas, perhaps even in looks! Certainly original in imagination."
Then she continues to enumerate other aspects of these tales that make them the best of the best.

Posted by WendieO at 9:25 PM No comments:

The day she found out she wasn't white

On this Martin Luther King Jr. Day (soooo many people forget that he was a Junior. That his father was Martin Luther King) I am reminded of this article by my college friend and much-loved author, Lisa Papademetriu, The Day my Daughter Realized She Isn't White, published in the Washington Post November 3, 2015.

Now, to me anyone who doesn't have a dark brown skin color is White.  But that's just me. To the rest of the world, anyone who has skin color even slightly different from them is "other."
(I read somewhere that Asians consider themselves white and think of us as pink.)

So, as you celebrate this day off from school (or day off from work that some people have) think about how children learn about discrimination, and about Dr. Martin Luther King, Jr.'s message.

Lisa Papademetriu's latest book is A Tale of Highly Unusual Magic.
Posted by WendieO at 7:00 AM No comments:

Why was your favorite book Not Chosen

Yesterday we all cheered for the books receiving one of the American Library Association's highest awards - Newbery/ Caldecott/ Sibert/ Corretta Scott King/ etc.

Today you might be wondering why your favorite book didn't get one of these coveted award seals. To answer this question, I suggest you go visit Monica Edinger's excellent blog post at the Nerdy Book Club blog.

But more awards are coming.  I suggest you also follow the Cybils Award website.
Posted by WendieO at 7:30 AM No comments:

What were the best books for children and Young Adults in 2015? Check out the awards given out this morning at the American Library Association annual conference:

Just a small brag here - a good percentage of them were won by people from my grad school at Vermont College of Fine Arts in the Writing for Children and Young Adults program - faculty and students.

And some of them were predicted right here in this blog right here. (she said, blowing on her fingers and casually brushing them off on her shoulder.)

Two biographies of a man and a bear 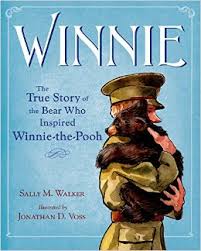 Book number One (Winnie, the True Story of the Bear Who Inspired Winnie-the-Pooh by Sally M. Walker. Illustrated by Jonathan D. Voss. NY: Henry Holt & Company) is a straight biography - of man and bear.
Harry Colebourn was a veterinarian who loved animals. As such, he enlisted in his country's armed forces during World War I.  As his troop train paused at the White River train station on August 24, 1914, he saw an old trapper trying to sell a young bear. Harry bought it, raised it in his army camp and sold it to the London Zoo when his troop joined the British forces there.  Since the bear had been raised around so many humans, he was very gentle and the Zoo allowed the local children to play with him. You can guess what happened next - Christopher Robin was one of those children. He visited Winnie so often that his father was inspired to write stories about him - Stories loved by children even today known as Winnie-the-Pooh.
Since  Harry Colebourn is Canadian, the editors made no attempt to change the Britishisms to Americanisms.  For example, when the author describes Winnie (the bear)'s life in Harry's military training camp, she says that the bear loved to pull hidden biscuits from Harry's pockets with his claws. I'm guessing that either the editor didn't know that cookies are called 'biscuits' in Great Britain and its Commonwealth nations, or else the editor simply decided to keep the foreign flavor of the book.  There is no footnote explaining this to children (and adults) in the U.S.A.
Although the story is illustrated with ink drawings colored with watercolor, the publisher also included copies of photographs of Winnie and Christopher Robin.  (unfortunately some are covered by the endpapers. The library copy I have has torn endpapers where readers have wished to peek at them. 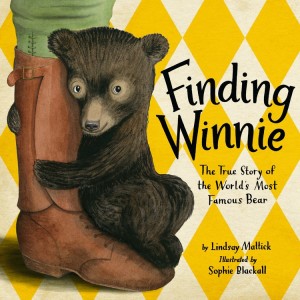 The second book (Finding Winnie, the True Story of the World's Most Famous Bear by Lindsay Mattick, illustrated by Sophie Blackall) is presented as a story told to the author's child, Cole - who was named after Harry Colebourn, his great-great grandfather.  This is a more lyrical telling, but doesn't cover some of the points shown in the other book.  Making the tale more of a conversation (similar to the style of Winnie-the-Pooh where Christopher Robin interrupts the story), Mattick also includes what seems to be comments by Cole as a child. (They may or may not be actual quotes.)
Mattick has often told this story on radio and in speeches on this continent and in the United Kingdom, so it's no wonder that it flows so nicely.
The book is divided into three parts. 1) The story of the bear. 2) The story of Christopher Robin and the Winnie-the-Pooh books. And 3) a photograph album which includes the same pictures used in the book above, plus others.  This part is presented as if it were a photograph album with a beautifully decorated cover. and the typewritten captions are brown-edged, looking aged as if some of these captions were actually in a real photograph album.
These illustrations also seem to be ink and watercolor - but there seems to be something else going on here. Charcoal? Something.  If you know, please add the information in the comments below.  Whatever - they do seem to be heads and shoulders above the illustrations in the Walker book.

The first book does have a bibliography, but the second does not.
An excellent review of both books can be found at Elizabeth Bird's blog, Fuse #8 Production, here.
Posted by WendieO at 7:00 AM No comments: 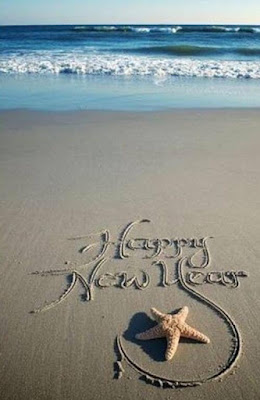 Posted by WendieO at 5:30 AM No comments: