Read, read, read,
Read everything -- trash, classics, good and bad, and see how they do it.
Just like a carpenter who works as an apprentice and studies the mast. Read! You'll absorb it.
then write.
If it is good, you'll find out.
If it's not, throw it out the window.
Posted by WendieO at 7:57 PM No comments:

There’s a river not far away that flows under the railway bridge.
It’s cool under there.
We walk down the hot railway tracks, past Old McDonalds’ fields, enjoying the scent of winter wheat rippling off the fields to offset the whiff of black tar seeping from the railroad ties. Step on the hard, rough ties, not on the gritty gravel between. It’s a stretch, but we can do it. When we reach the bridge, we’re always tempted to continue stepping from tie to tie (with open space between – open to the river far below). But then we tell each other tales of what would happen if the train came while we were still on the bridge. There’s no walkway. We’d be right between the tracks with no place to go. It’s too dangerous.  We don’t go. Instead, clutching our smooth quart glass canning jars in our hands, we slide down the steep dirt embankment to the river.
It’s tadpole time.
We step barefoot into the chilly, slow-moving water and dig indentations, little safe harbors into the gritty clay riverbank with our hands, about one-foot wide and a half-foot into the shore. I don’t know who first got the idea of digging these, but by now I’m the one who tells the others how to do it to attract the most tadpoles. Then we rest our bottoms on the damp shore in the cool shade of the railroad bridge, and eat the lunch we’ve brought. There’s no sound but the rush of the river, the crinkle of waxed paper unwrapping, and comments about whose mom’s homemade jam made the best PB&Js.
It’s tadpole time.
Time to peer into those harbors we dug which now have tons of little wriggling black bodies in them, all lined up with their oversize heads to the shore, tails gently waving pointed toward the river.
Attack!  Scoop. Success! With jars full of the little wrigglers, we climb back into the blast of heat from the overhead sun and tromp on home with our prey, yelling to each other about which side of the tracks we’d roll off of and hide if a train comes.
I don’t know what the other kids do with theirs, but I dump our tadpoles into our fishpond to hide among the great green lily leaves until they are fully-growed frogs. This is my job every year. Daddy says their job is to catch mosquitoes all summer long so they don’t bother us.
(This expidition to catch tadpoles in the Springtime is the absolute favorite memory of mine, of a day when we lived in Monroeton, Pennsylvania and I was 6 or 7 or 8. It’s a time I looked forward to every year and always enjoyed its quiet contentment, and was always proud of my success as a tadpole catcher.)

Everything you wanted to know about Writing -

But were afraid to ask?

Follow this link to discover the secrets of writing as a profession.
(It's a newspaper column so I don't know how long this link will be valid, but go ahead and try anyway.)
Posted by WendieO at 11:50 PM No comments:

So - You've written a Picture Book

and now you are wondering if it's any good.

Here's what Kate Messner does about that. She has many picture books published by traditional publishers and knows.

Click here for her latest blog offering which she calls - Picture Book Math (and why you should write something new).
Posted by WendieO at 12:32 PM No comments: 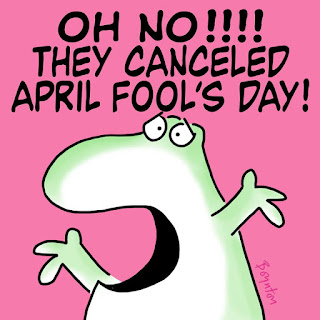 Posted by WendieO at 8:00 AM No comments: