And the new year is….

But it turns out that a lot of people don't know what this number means.
Read this article in the Huff Post about some of the strange twitter conversations going on these days.

Some people think that the United States of America is 2014 years old.
sorry guys.  not.
Actually, they think something called America is 2014 years old. Funny thing -- that's not the name of our country -- it's the name of the Continent that our country is a small part of. (There's North America and South America and even Central America -- all connected and all containing multiple countries -- and much older than 2014 years.)

Some think the EARTH is 2014 years old.
sorry guys. not.
It's a tad older than that.

Does anyone know what the year 2014 is counting from?
(It turns out that the beginning of that count is also under dispute. It's possible that a certain baby was born some years later than first calculated.)
Posted by WendieO at 11:11 AM No comments:

Labels: 2014, how old is what?, strange ideas some people have 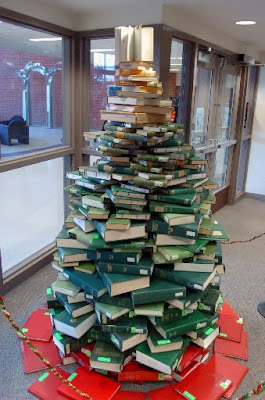 Attention Picture Book writers. When you are thinking of names for the children in your stories, you might consider checking out the various lists of popular baby names because by the time your book is published, those babies will be old enough to enjoy your picture book.

What were the most popular baby names in 2013?
Here is a link to one list in an article on the Huffington Post website created from a place called "Nameberry" which states: "Nameberry’s popularity lists are tabulated by ranking the unique page views each name attracts out of the over 20 million total views of our baby name pages in 2013."

A lot of the names are new and unusual, names that I have never seen before.  New to me as well is the list of names that were given to BOTH boys and girls.
Since this list is based on most popular names searched for on Nameberry's web pages, I don't know how valid it is, because parents search a lot of names before actually choosing the perfect one.

I believe that the official list of baby's names registered with Social Security will come out in January. If I remember, I'll backtrack to this blog post and put the link to it here as well.  (or if someone has found it before I do, feel free to let me know.)
Posted by WendieO at 10:55 AM No comments:

Just a few more days until Christmas and

And temperatures will be cold, for southern California -- in the 50s for the next 4 days. I'm going to have to bundle up when I do my beach walk.

Plus -- there are only 2 more days of school.

Our schedule looks pretty booked up over the next six days.
-- House closing should be today or tomorrow. Which means we'll have to begin shopping for a new washer, dryer, and refrigerator for the new house.
Measure the house.
Measure our furniture,
work out what will go where in the new (smaller) house.
Begin transferring items from this rental to the house. And more stuff.

-- The 14-year-old (yes, she is now officially a teenager, complete with boyfriend on the phone) has PLANS.
Fun with friends,
going to see the Nutcracker,
a trip of several hours with friends to buy a lizard. (panic not. It's not for us; it's for the friend.),
Christmas at her friend's house while I join my older daughter and her family at my son-in-law's Christmas dinner.
Possible trips to the zoo,
to Seaworld (they have a snow hill to sled on at the penguin house),
to a lot of places.
Overnights with friends.
Homework. (yes, that has to be done, too)
Shopping for a high bed with desk underneath for her new room.
ETC.

So, what are you doing this Holiday Season?
Posted by WendieO at 10:09 AM No comments:

Labels: Christmas Tree, happy Holidays, Holiday preparations, What -- Christmas is only a week away -- you gotta be kidding

What's important about December 17th?
The Era of Flight began.

110 years ago, two bicycle men from Ohio flew the first controlled heavier-than-air manned flight on the sandy beach of the Outer Banks of North Carolina.
The very first flight that succeeded.
Many had tried, but they were the first to figure out the Physics of Flight.

They flew four times that December day, and were planning a longer flight to the nearest town of Kitty Hawk four miles away when a gust of wind flipped the plane over and over, landing almost at the edge of the surf. And that was the end of Flyer number 1.  It was boxed up and stored at their home in Dayton, Ohio for years while they worked on other versions of their flying machine.

For more information about the Wright brothers, read my books:

Hmmm.  I thought I had a GIF of my other Wright brothers book published by Enslow, The Wright Brothers, Inventors of the Airplane, but I can't find it on this computer.  You might be able to check it out at your local public library and some school libraries.

You can also read the Wright Brothers' papers (with photographs) on the Library of congress webpage, or explore the original material in the Wright Brothers Packet at  Wright State University collection.  I had a great time exploring this collection when I did my research for these two books.
Posted by WendieO at 10:23 PM No comments:

The wonderful people over at I.N.K -- Interesting Nonfiction for Kids wrote a lot of helpful blog posts during October 2013 about the new Common Core Standards that have been adopted by many state educational systems.
And recently Melissa Stewart wrote a helpful blog post about how authors can connect to the Common Core Standards. She calls it the Common Core Care Package: 10 Ways Authors can help Educators.
Click on over and check these posts out.

I post these tidbits so that I can find them again.
Feel free to let me know if you find them helpful to you as well.
Posted by WendieO at 7:00 AM No comments:

I didn't bring my artificial Christmas tree along when we moved. So, last year we had to buy a real tree. Years ago, I used to always buy, or cut our own, Douglas Fir because of the soft limbs and needles. (Since I'm the one delegated to put the lights on and to undress the tree -- soft needles are nicer to my hands.) However, I think I was allergic to Douglas Fir.

Last year we bought a Noble Fir.  Never heard of that kind of evergreen tree when I lived on the East Coast. The man said it was fairly new -- a cross between the Douglas and something sturdier. It was a beautiful tree, lasted the full 12 Days of Christmas (we always take down the tree on New Year's Day), and the needles are soft. More important, I didn't seem to be allergic to it.

So ---- It's time to put up the tree.  It's close enough to Christmastime to buy the tree. And yes, I'm going to get another Noble Fir. 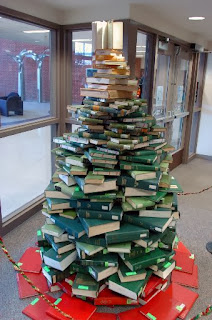 What all Great Leaders have in common

I got pulled into it because of my love for the Wright Brothers (see my books along the side) who are mentioned in this talk, but stayed to listen because of the fantastic ideas. 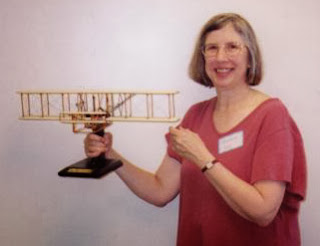 (and if you wonder why posts here have been a bit scarce lately, I spent the past six month in and intensive writing semester at Vermont College of Fine Arts in their Writing for Children and Young Adults program. 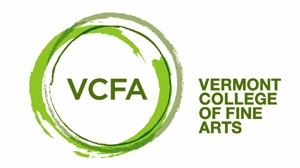 Boy did I learn a LOT. I'm going to spend the next six months digesting what I learned, then will go back next July for my last semester there.  When I graduate (some year), I will have earned an MFA in writing, but more than that, I will have learned so much about writing.  I've always believed that I wanted to write, and this course is giving me even more tools to enable me to write better.)
Posted by WendieO at 9:26 AM No comments: