It's amazing the people and events you discover when you are researching a book, especially biographies. 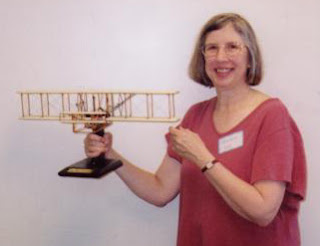 I call it serendipity: 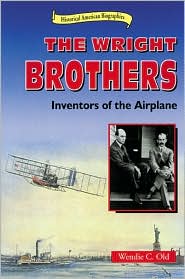 When I was writing about the Wright brothers, I got connected to
1) the Wright brothers' paper boy,
2) the nephew of a man who was one of the boys who SAW the first flights,
3) another person who pointed out that the actual house the brothers had grown up in and first lived in as adults had been moved to a northern midwest display of old houses. (Wisconsin? Michigan?)
and 4) was driven around Dayton, Ohio by a fellow writer to visit Wright brothers' sites, including a stop at the mansion where Orville Wright lived and died.
And this was with just one of my biographies. For each of them, people came out of the woodwork, or showed up on the Internet, or knew somebody who knew somebody - to help me tell my subjects story.
AMAZING.

Oh, about those boys who 'saw' the first flight?  Actually not exactly true.  It turned out that he and a few friends were peering over one of the sand dunes overlooking the Wright brothers' campsite at what later became the town of Kill Devil Hills.  (yes, they often stayed at a boarding house in Kitty Hawk before setting up camp by the Dunes.)  The boys had never ever heard a gasoline engine before. (this was before cars were common - only cows and horses on the Outer Banks at that time)  So  -- when the brothers started up the engine on The Flyer, popping and sputtering, the boys were so scared of the noise that they ran like hell. (away)

And that's why I didn't take the next step to interview his uncle, since he didn't actually see it happen.