On the Road again 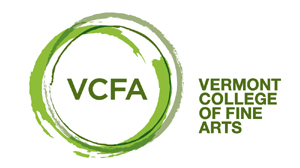 Why am I now at Vermont College of Fine Arts in Montpelier in March?  (Besides the fact that I love the place?) I'm attending a Writing Weekend Retreat here.

But true to the subtitle of this blog -- I had adventures on the way.

Firstly, about the time our plane should have been loading, we heard an announcement that Philadelphia (my next layover) had a backup and we probably wouldn't leave here for several hours. (a huge storm that missed Baltimore had slammed into Philadelphia and prevented planes from taking off.) Some people left the area to go to the food court, but I was among the ones who needed to change my connecting plane (I had only a 30 minute layover in Philly), so I got in the line for plane changes.  Good thing, too, because 10 minutes later they announced that Philadelphia's delay had cleared up and the plane would load soon.

Once in the Philly airport, I raced to my favorite Philadelphia cheesesteak sub place, only to find most of that area under construction and my option for lunch was a premade salad, sub, or wrap.  hmmmm. So I went on to the area where my connecting plane to Vermont was supposed to leave from.  Surprise.  That plane was delayed for an hour because it was flying from another airport hit by storms which had delayed their takeoff.  Whew!

Well, my plans to take a slow drive from Burlington (there is no airport in Montpelier) among the beautiful Vermont mountains, stopping to visit places -- like the Ben and Jerry's ice cream factory -- didn't work out, because now it was 5 pm and I had to rush down I-89 to get to the college by dinner time. The drive was still lovely. Wisps of foggy clouds flowed down the mountainsides and wafted in the valleys between.  I had to keep the windshield wipers working because of the constant mist.

Once at Vermont College the weekend began with a lecture about laying a foundation -- important in YOGA as well as writing. (complete with Yoga instruction) Ouch. I knew that after toting my heavy bags through two airports, plus yoga, I was going to wake up in pain the next day.  And I did.
But it was worth it.  (more later)

Labels: busy writing, the green hills of Vermont, TO FLY, Vermont College of Fine Arts in Writing for Children and YA, writing adventures