Happy New Year and other stuff: 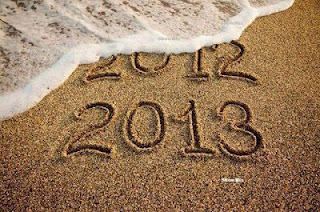 Try not to use these words in the coming year -- they've been officially banished by Lake Superior State University and I agree and say, "good riddance."

Remember the Kodak Camera?   (a blog post)
This company enabled ordinary people to save memories, one special shot at a time.  Now the company is gone.  Kodak Cameras are gone. Film for cameras?  either gone or going to be gone soon.    And I"m not convinced that digital cameras are an improvement.  After all -- when was the last time you leafed through every single snapshot?  I bet there are loads of pictures you'll never look at again and soon the technology will improve and you'll not be able to access these treasured shots you took so many of.

Check out this retrospective of the picture books published during 2012, especially the art, over at Seven Impossible Things Before Breakfast, written by Julie Danielson.  (First time I've seen her full name.  Mostly I see her referred to as Jules.)

Wow.  There's a new writing term out there named after one of the marvelous faculty advisors (they're not called professors) at the Vermont College of Fine Arts Writing for Children and Young Adults. " The difficulty of the act of looking at the story from the outside to consider radical changes from early drafts is what I have dubbed the “Bechard Factor.”"  Check out this interview with author Trent Reedy by editor Cheryl Klein over on her blog, Brooklyn Arden.