A little bit about ME 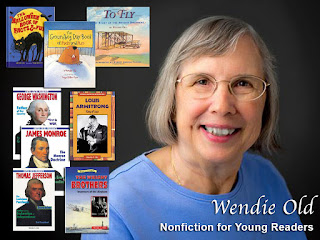 I was the oldest of 4 children, so you know who was in charge of the other children - me. Babysitter. Wasn't asked back to babysit for several people which was fine with me because their kid(s) were brats.
Since I was used to handling my own siblings, I wasn't taking any guff from those brats, so they complained to their parents that I was mean. (It's quite a surprise the first time you see a kid who seemed to be enjoying you babysitting suddenly burst out with -fake- tears them minute the parents come home.) I was quite willing to never go back to those families.
In high school, although I was on the academic track, I worked in the cafeteria to help out with lunch (free food was always good), and then discovered that others got leave from school in December to go work at stores in the downtown. I joined that group and learned all about working the Christmas rush. fun!
I wrote my first stories those last years of high school.
In college my first year I was student assistant to the Journalism teacher. Every summer during my college years I worked at a photo developing place. Black and white photography. It was quite exciting when color photography was invented and the public began using it. Only the more experienced workers were allowed to work on that side of the building, but every so often I helped there as well.
My Senior year of college I worked at the top of the library building recording and organizing the collection of donated papers and photographs. Worked with some very interesting Civil War letters. (I was a History major)
In 1966, I got married to another history major, Francis Elbert Old III (otherwise known as Chip Old).
My first year of grad school (as a history major, again) I worked as a secretary in another college building. (only was asked to make coffee once. Since I don't drink coffee, I knew not how to make it, and they never asked me again. A new invention was installed in the building and I was nominated to learn how to use it. It was the very first word processor, called the MT/ST (Magnetic Tape/Selectric Typewriter).
Then we both got accepted to library school in anther state - Kentucky - UK.
We needed jobs as well, so with my store experience (see high school above) and my husband's warehouse experience (and washing machine repairman) we both got jobs at the Stewart's department store in downtown Lexington. Eventually we got a scholarship and an assistantship and completed our Masters in Library Science and both began working for Baltimore County Public Library in Maryland.
He became a branch manager and I retired to have children.
While they were growing up, I wrote, worked part-time as a librarian, and did some substitute teaching at my daughter's middle school, much to her embarrassment. (evidently what they wanted subs to do was show up and show movies - I could do that.)
I also worked part time as a reporter doing feature writing for the local neighborhood newspaper - the Parkville Reporter.
When our kids wanted to go to college, I went back to full-time work - as a children's librarian in another county to the north - Harford County Public Library. One of the reasons the head of the Children's department hired me was because she knew that I had organized several library and children's literature conventions. (also a National car convention - The New England MG'T' Register.)
Meanwhile, I was being published - first in children's magazines, and in the 1990s, a good many books. (My first books were easy readers for the Reading Roots - Shared Stories program.)
I retired from Harford County Public Library in 2011, but now was raising a second generation. (She's now a teenager - and driving.)
And I earned another degree - I received master's degree in writing from Vermont College of Fine Arts, Writing for Children and Young Adults in 2015.
So that's me - mom, grandmom, children's librarian, writer, teacher, Girl Scout Leader, secretary, sales clerk, etc., etc., etc.
Posted by WendieO at 2:13 PM